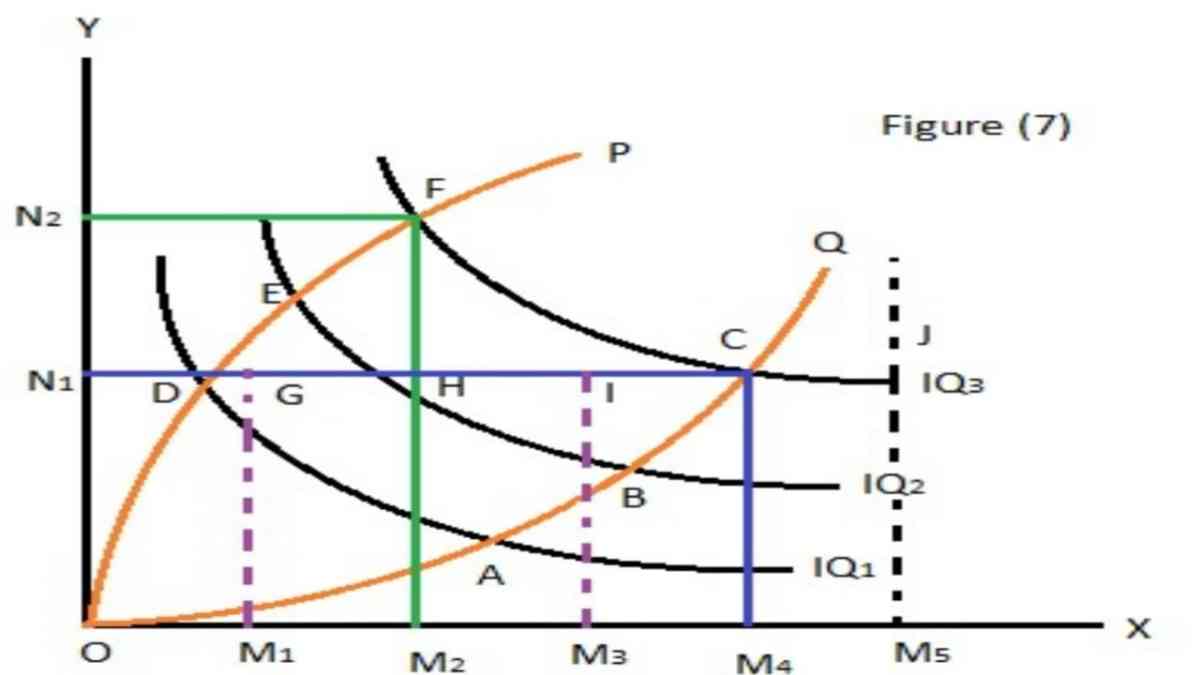 What is isoquant curve?

An isoquant is a curve that shows all the combinations of two inputs that give same level of output. It is also known as equal production curve or production indifference curve.

Properties of Isoquants in Economics

The Properties of Isoquants are explained in the following grounds – 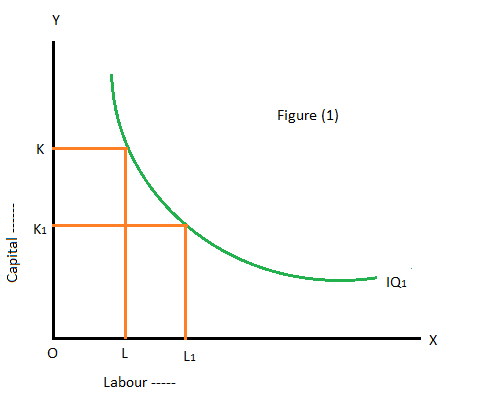 • Iso-quants are convex to the origin – The convexity of iso-quants is due to the diminishing marginal rate of technical substitution (MRTS). 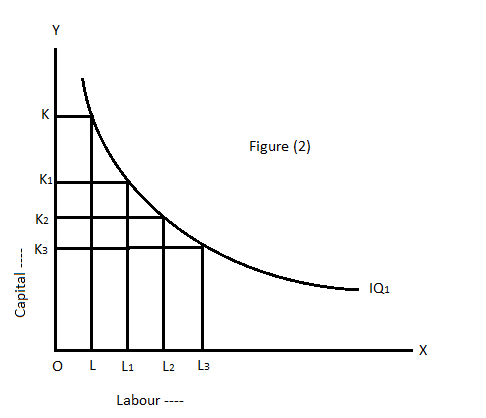 If the isoquants are concave to the origin, it would mean that the MRTS increased as more and more of a factor capital (K) was replaced by factor labour (L).

This could be valid if the law of increasing returns applied. But in practical world, the principle of diminishing MRTS generally hold good and it makes the equal product curves convex to the origin. 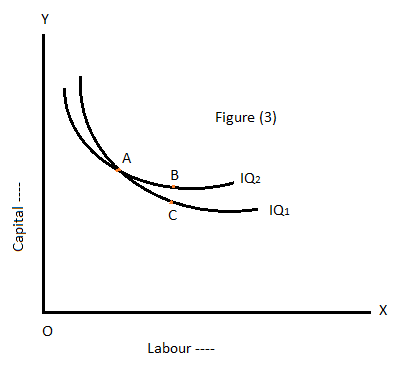 Both the points represent same level of output. Similarly IQ1, showing the equal amount of output. Both the isoquant IQ1 and IQ2 represent two levels of output.

But they intersects each other at point A. Then combination A = B and A = C. Therefore, B must be equal to C, but it is impossible. 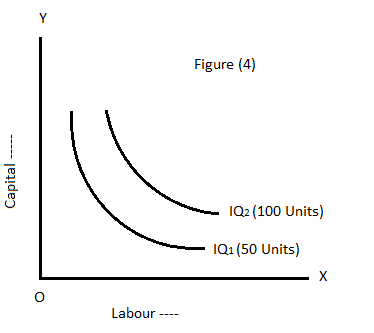 • No isoquants can touch either axis – If an isoquant touches X axis, it mean that the product is being produced with the help of labour only and if it touch Y axis, it means that production perform only capital without labour. It is shown by figure (5).

• Isoquants need not be parallel to each other – All the isoquants curves in a isoquant map are not parallel, because the rate of substitution in different isoquant schedules need not be necessarily equal. It is shown in the following figure. 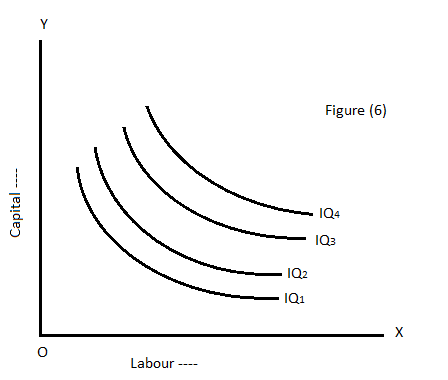 In figure (6), it is found that the isoquants IQ1 and IQ2 are parallel but isoquants IQ3 and IQ4 are not parallel to each other.

• Each isoquants is oval shaped – It means that at some point it begins to retreat from each axis. This shape is a result of the fact that if a producer uses more of capital or more of labour or more of both than is necessary, the total product will eventually decline.

It is shown in the following figure (7). The isoquants curves helps the firm to delineate the boundary lines for the economic region of production. In the figure, IQ1, IQ2 and IQ3 are the three isoquants. 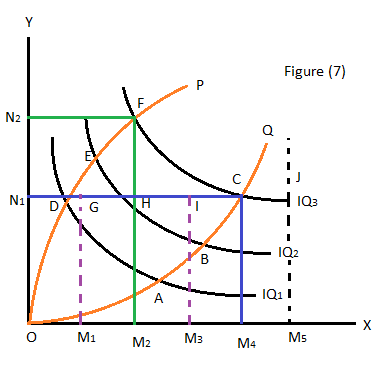