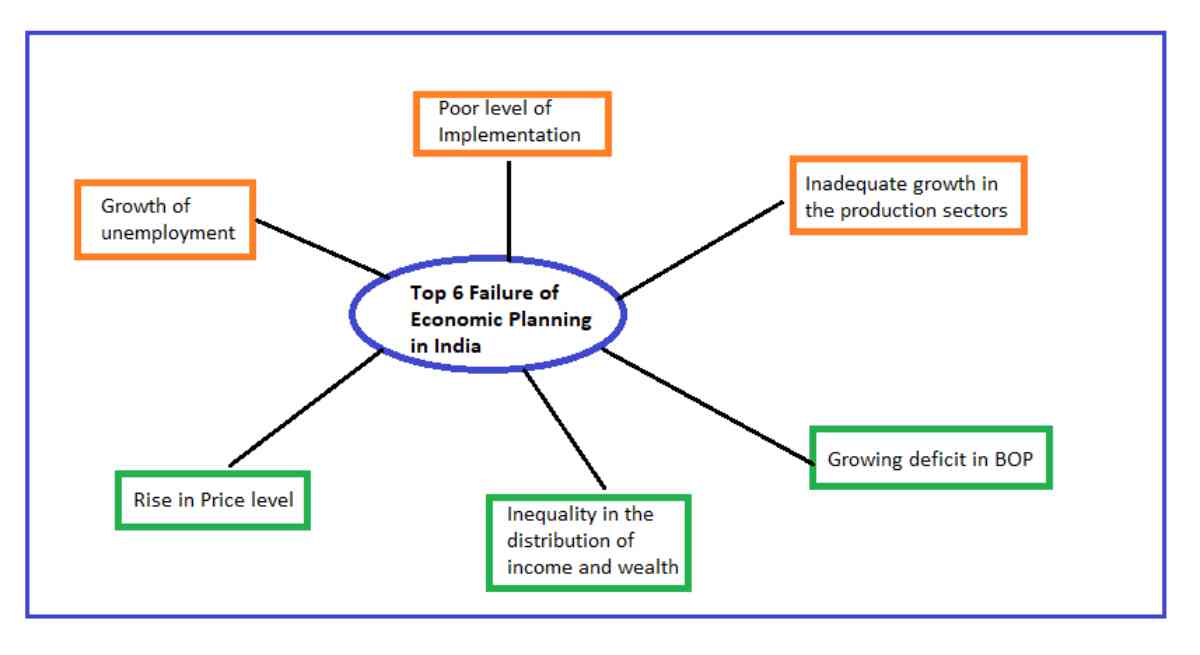 • Decentralised Planning – Indian planning system is decentralized type where plan is formulated from the gross root level. Here plan is being prepared at the district, sub- division, block and village level.

• Periodic Plan – One of the important feature of Indian planning is that it has adopted a periodic plan of five year period having 6 separate annual plan components.

• Planning Authority – In order to prepared 5 year plans. There is a well defined Central planning authority. It is called the planning commission of India.

• Basic Objectives – Another feature of Indian plan is that each and every plan is guided by certain basic objective which are almost come in most of our plans.

• Balanced Regional Development – Another silent feature of Indian Five year plan is that it constantly attaches much importance on balanced regional development. Development of backward regions is one of the important objectives of Indian planning.

• Rise in Price level – Another major failure of Indian planning is the inflation. The government could not able to check the raising price level of essential goods and services. It makes the poverty problem more complex.

• Inadequate growth in the production sectors – Both agricultural and industrial sectors have failed to attain the target level of production. The rate of growth of agricultural output remained all along poor.

• Inequality in the distribution of income and wealth – Another failure of Indian planning is the growing gap between rich and poor. Thus the objective of attaining a Socialistic pattern of society has remained a more slogan.