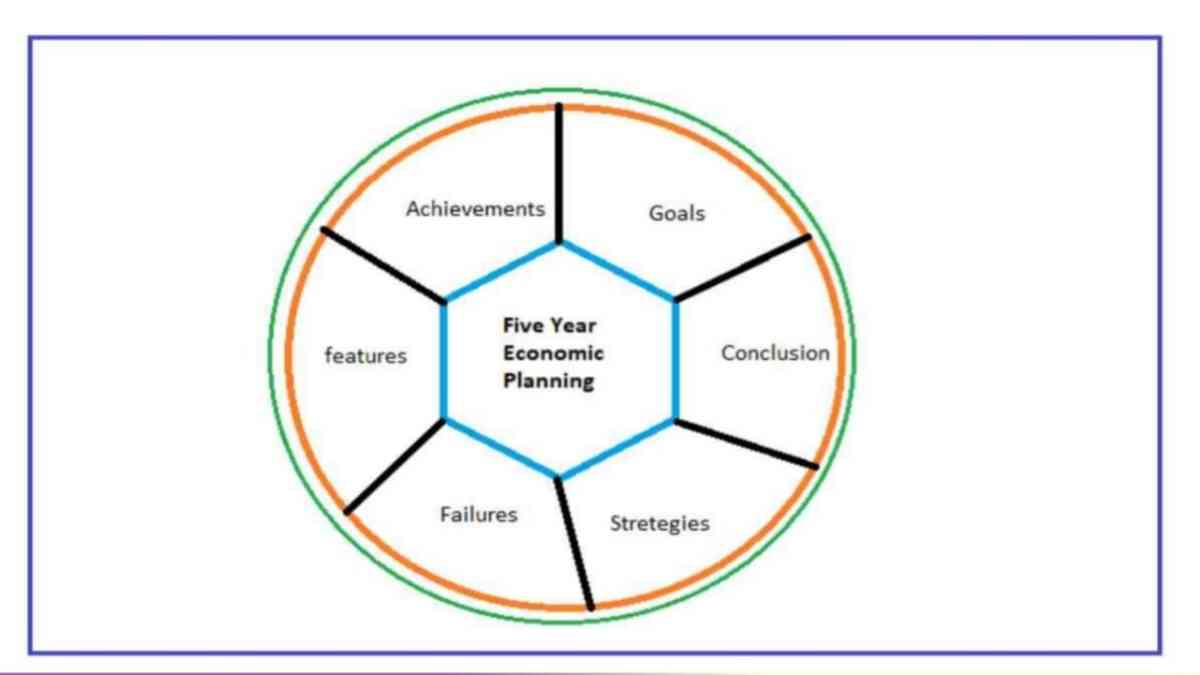 Indian economy is a developing economy adopting a mixed economic system where both the public sector and private sector exist side by side. So, in today’s article we are going to know about Five year plans in India goals and achievements. So let’s discuss in details.

Public sector is reserve the strategies areas and the private sector which is sought to be control reserved and regulated and the country is trying its level best to attain self reliance through planned economic development of the country as a whole.

What are the Achievements of India’s Five Year Plans?

Following are the important achievements of India’s Five Year Plans –

• Increase in National Income – During the plan period, national income which is one of the important indicator of growth and development has progressively increased a lot. The general growth rate in various plans is less than our target of 5.5% to 6%.

• Increase in per capita Income – The per capita income has grown at an average annual rate 2% per annum. It indicates that, there is an improvement in the standard lo living during the plan period.

• Development in Agriculture – Almost all the five year economic planning, huge investment in agricultural sector have been made to strengthen the sector.

• Infrastructure Development – A considerable progress in infrastructure during the plan period has been ascertained to get extent. Specially, the progress of the transport and communication, irrigation, power generation, road ways, highway, etc. are quite considerable.

For eight carrying capacity of railways has been increased from 9.3 crore tones to 44.2 corer tones in 2000-01.

• Employment Generation – In order to remove the magnitude of problem of unemployment extensive special measure in India have been undertaken during the five year plan period.

• Attainment of Self- Reliance

• Diversification of export and import

• Development of Science and Technology

In the planned economic development in India, the main emphasis was on economic growth. In order to achieve this objective the planning authority takes there main strategies. They are –

• Developing a sound base for initiating the process of long term growth – The first important strategy is to develop a sound base for the entire economy. First five year plan the government of India has been giving importance on the modernization of agriculture.

During 1960s the govt of India introduced Green Revolution to improve the condition of agriculture. As a result India, achieved self sufficiency in food grains production.

• Development of Infrastructure – During the last 40 years of economic planning the infrastructure facility has attained considerable progress, specially in respect of transportation, irrigation and power sector.

• Development of Science and Technology – During the plan periods India attained considerable sector in science and technology. As a result India become technologically self reliant in many sectors.

So friends, this was the concept of Five year plans in India goals and achievements. Hope you get the full details about it and hope you like this article.