Hi friends, in today’s article we are going to know about the relationship among AR, MR and Elasticity of demand. So let’s discuss in details.

Relationship among AR, MR and Elasticity of Demand

There is a crucial relationship between AR, MR and elasticity of demand, which is used extensively in the theory of pricing. The relationship can be explained with the help of following figure – 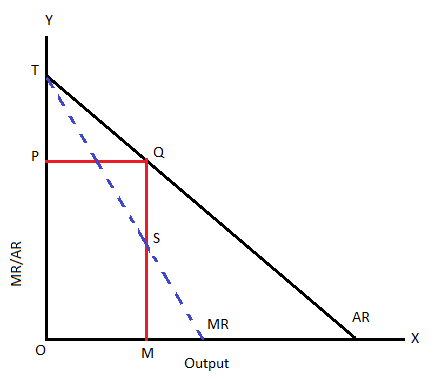 The actual relationship between AR and MR curve under imperfect competition depends upon the elasticity of the AR ( Average Revenue) curve.

So, in the figure, at point Q, the elasticity of demand is –

By solving we have,

Similarly, MR can also be determined

By solving, we have

Relationship between AR and MR 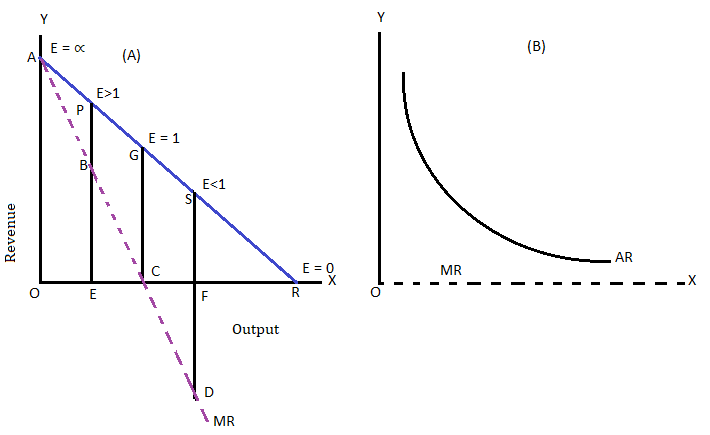 At point G on the average revenue curve AR, elasticity of demand is unit, i.e. 1 (One). According to the formula –

If the elasticity of the AR curve at point D is greater than unity say 3, then –

It shows MR to be negative. At point S on the AR curve, elasticity is less than unity and MR is negative (FD). If the elasticity of AR is infinity, MR coincides with it at point A in figure (A).

Again, when elasticity of AR is zero, the gap between AR and MR curves becomes wider.

So friends, this was the relationship among AR, MR and Elasticity of demand. Hope you get the full details about it and hope you like this article.