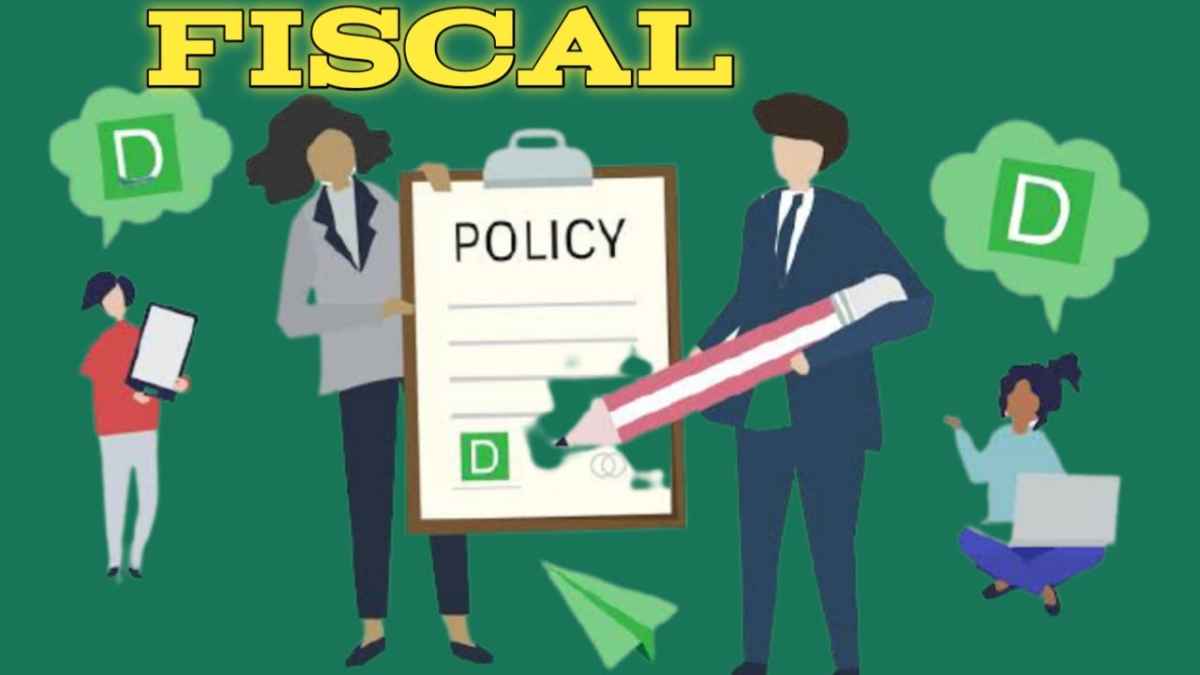 In today’s article we are going to know about What is Fiscal policy? (Role, Objectives and Components of this policy). So let’s discuss in details.

Fiscal policy means the use of taxation and public expenditure by the government for stabilisation or growth. Arthurs Smithies defines fiscal policy as a policy under which the govt uses its expenditure and revenue programmes to produce desirable effects and avoid undesirable and unemployment.

• Price Stabilisation – It is another prime aim of a sound fiscal policy. This goal implies maintenance of full employment with relative price stability. It means inflation should be checked and deflation should be avoided.

• Economic Growth – Rapid economic growth is the fundamental aim of the fiscal policy. The growth can be achieved through the use of several fiscal measures. As for example- Taxation public expenditure policy, debt policy, budget measures, etc.

• Social Justice – A welfare state should provide social justice by giving equitable distribution of income and wealth. Fiscal policy helps to achieve this goal. Progressive tax system can be much use in realising this objective. Moreover public expenditure helps in redistributing income from rich to the poor section of the society.

• To encourage Investment – The fiscal policy aims at acceleration of the rate of investment in the public as well as private sector of the economy.

• Economic Stability – Fiscal policy plays a leading role in maintain economic stability in the face of internal and external forces. The instability caused by external force is corrected by “tariff policy”. In the period of boom, export and import duties should be imposed to minimised the impact of international cyclical fluctuations.

During the period of recession, government should undertake public work programmes through deficit financing.

• Budget – Budget is an fiscal instrument which is prepared by the government to achieve certain predetermined objectives. It is a statement of expected government expenditure and revenue.

• Taxation – Taxation is a powerful component of the fiscal policy instruments or policy which greatly effects the income, consumption and investment of the country. Through the use of taxation the government reallocates resources and stabilises the economy. Broadly there are two types of taxation (a) Direct tax and (ii) Indirect tax.

• Public Expenditure – Another component of the fiscal policy is the public expenditure. In a welfare state the government formulates different expenditure programmes to achieve certain objective.

• Public Debt – Public debt means public borrowing. Public debt is a round fiscal weapon to fight inflation and deflation. It bring about economic stability and full employment in an economy. A public authority collects debt from different internal and external resources.

• Public Works – Keynes highlighted public works programme as the most significant fiscal device to fight against depression. There are two forms of public expenditure, public work and transfer payment. According to Clark, public works in the creation of durable goods and fixed structure by the government. As for example – Construction of dams, construction of road ways, hospitals, etc.

In developing countries fiscal policies plays an important role. Let us explain it with the help of the following points-

• Capital Formation – Developing countries are capitally poor, because most of the people live below poverty line and their per capita income is very low. The prime objective of the fiscal policy is the promotion of the heights possible rate of capital formation. In this case taxation and public debt are paying significant role.

• Diverting Resources – Another role of fiscal policies in a poor country is to divert existing resources from unproductive to productive and socially desirable uses. It increases rational production and productivity.

• Equitable distribution of  Income – In developing countries income and wealth are not equally distributed.

• To check Inflation – The developing countries are suffering from inflationary pressure. The rapid inflation redistributed income in favour of rich section and it disturbs the growth process. In such a situation fiscal measure must be check inflationary forces.

• To achieve Full employment – The main objective of this policy in the developing country is to achieve full employment. These countries are suffering from disguised and seasonal unemployment problem. Such problems can be solved by following a sound fiscal policy. In this case public expenditure programmes are playing a significant role.

Promotion of Economic stability – Another role played by the fiscal policies in the developing economy is to maintain reasonable internal and external economic stability. It means that the aim at this policy is to save the economy from business cycle or trade cycle.

• Agricultural development – Agriculture is the primary occupation of the UDCs ( Under developing Countries). In order to improve agricultural operation different fiscal measures and incentives are used.

• Public Welfare – The government of the UDCs ( Under Developing Countries) is the welfare govt. In order to maximize public welfare the govt. uses different fiscal measures. As for example- Public expenditure programme for the weaker section of the society.

So friends, this was the concept of Fiscal policies (Role, Objectives, Components). Hope you get the full details about it and hope you like this article.