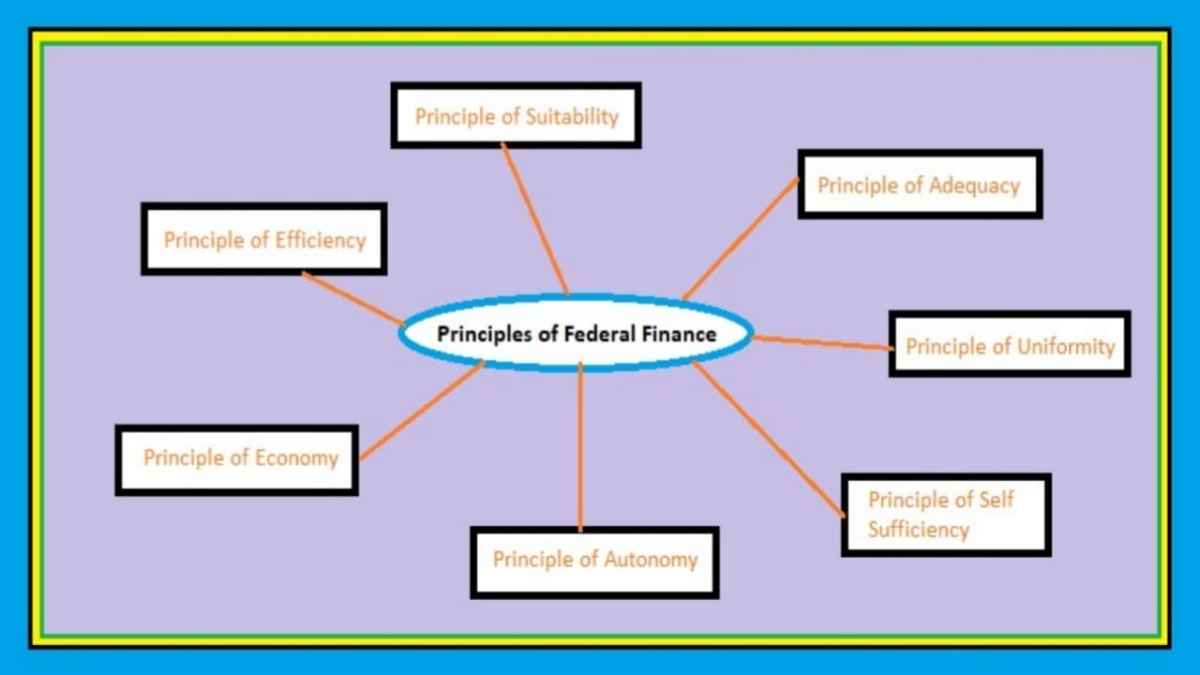 Federation may be defined as a form of political association in which two or more states constitute a political unity with a common government. India is a federal state where there different types of state government and one union government. So friends, in today’s article we are going to know about the Principles of Federal Finance. So let’s discuss in details.

What is Fiscal Federation?

The Fiscal Federation means the fiscal setup of the government which studies the division of the financial power among the different state government and the union government as assigned by the constitution of the country.

As for example – The income tax, therefore when financial duties are distributed administrative efficiency should be taken into consideration.

• Principle of Adequacy – The third criterion is adequacy. It means that the revenue assigned to the particular layer of government should be sufficient to carry out the functions assigned to it.

• Principle of Uniformity – The central government should perform its responsibility in such a manner that all states in a federal manner get uniform treatment. The term uniformity means that the system of taxation and patterns of expenditure should be same irrespective of the state.

• Principle of Self Sufficiency – In a federal setup, the provision regarding the allocation of financial resources between union govt and state govt should be based on the principle of self efficiency. It means there should be adequate resource available with both the central and state government to performs their functions efficiently.

• Principle of Flexibility – Another important principles of federal finance is flexibility. The principle of the federal system should be flexible enough to meet the first changing requirement of the economy.

• Principle of Transfer Resources – Another principle of allocation of resources between central and state government is that there be a provision to transfer the resources from one state to another state.

• Principle of Integration and Co-ordination – This principle is essential in the distribution of resources among different layers of government as it leads to promote economic development in a federal system. The co-ordination is not required in the matter of taxation only but also in every scheme of the financial activities.

So friends, this was the concept of Principles of Federal Finance. Hope you get the full details about it and hope you like this article.