What is Density of Population? 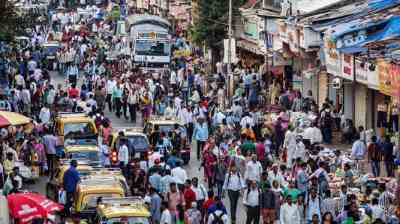 The latest census data reveals that the total density of population in India has rapidly increased to 382 persons per square km.

This trend reveals that India is going a higher density populated country, but not as much higher with some other India’s density of population is still less than the advanced countries of the world like Japan, Latin America (now suffering recession Germany, etc.).

A number of factors are responsible for increased the density of population. Some of important factors are –

• Peace and Security – The density of population is affected by the peace and security situation of the country. It is comparative more in those areas where people having complete peace and securities of life and property.

Therefore, the density of population in the frontier regions of India like Jammu and Kashmir is extremely low due to constant fear attracts.

• Natural Factor – Natural factors are also responsible for continuous growth of density of population in a developing country India. In India, natural factors which include climate and rain fall is not too much unhealthy.

Indian environment is not too cool and not too hot because of which people prefer to settle India which increases density of population.

So friends, this was the concept of density of population. Hope you get the full details about it and hope you like this article.